If you want to reset your iPhone 8 (or iPhone 8 Plus) then you can follow our instructions: 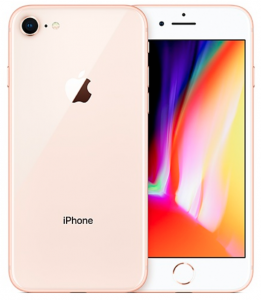 At first, It may prove a bit tricky, since Apple changed the way of performing a reset on these phones, compared with older ones.

Without further introduction, here it is:

As an interesting fact, now when you press (and hold) the POWER button while pressing any of the VOLUME buttons, you will end up invoking the EMERGENCY SOS Feature.

Recovering your iPhone 8 / iPhone 8 Plus with DFU

If your iPhone 8 / iPhone 8 Plus seems to be unresponsive, you may try to recover it by activating the DFU or Device Firmware Upgrade function.

This may be useful if your iPhone does not get fixed by performing a simple reset, as seen earlier.

By invoking DFU, your iPhone 8 or iPhone 8 Plus will interface directly with your iTunes, updating (or restoring) its firmware into a factory default version.

Use the following steps:

If everything went right, a message box will pop up on your computer, stating that your iPhone is in “Recovery Mode” and prompting you to start the restoration process. Just go ahead.

Regarding the Emergency SOS Feature

The Emergency SOS Feature is available on iOS 11, which includes iPhone 8, iPhone 8 Plus and iPhone X. When activated, your iPhone will place an emergency call while disabling the Touch ID, thus preventing that an eventual thief would turn it off.